Vader's Secret Apprentice from Star Wars: The Force Unleashed disguised as a Sandperson: 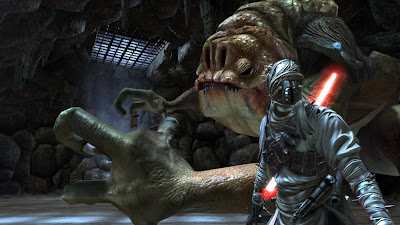 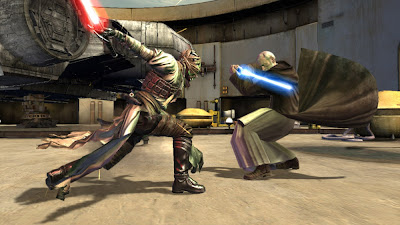 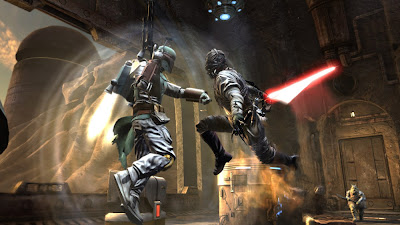 
The mission begins at the end of the story of The Force Unleashed and re-imagines the Star Wars Saga as if the Secret Apprentice had killed Darth Vader and taken his place at the Emperor's side, becoming the most powerful Sith Lord in the universe. The story picks up as the Emperor sends his new apprentice to the planet Tatooine to dispatch Obi-Wan Kenobi -- who has been hiding on the planet ever since the events of Star Wars: Episode III Revenge of the Sith. During their hunt for the reclusive Jedi, players will also explore the depths of Jabba the Hutt's palace and encounter notorious bounty hunter Boba Fett.