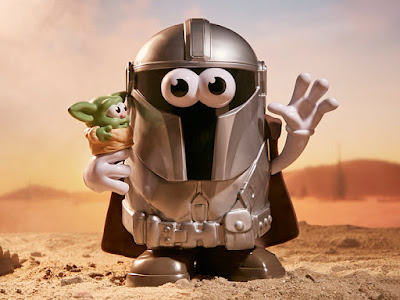 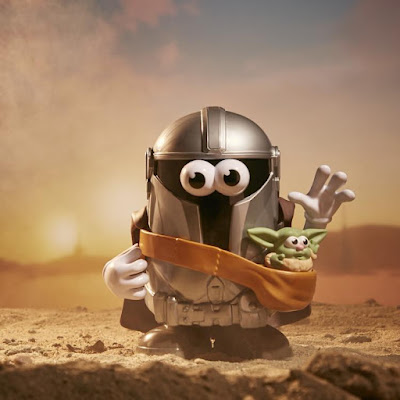 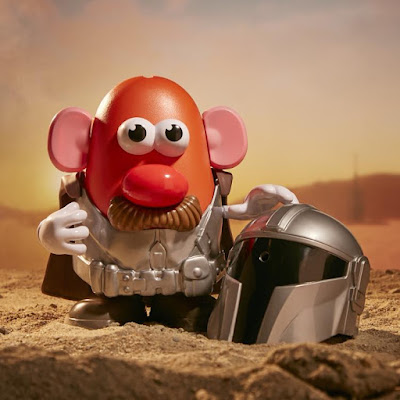 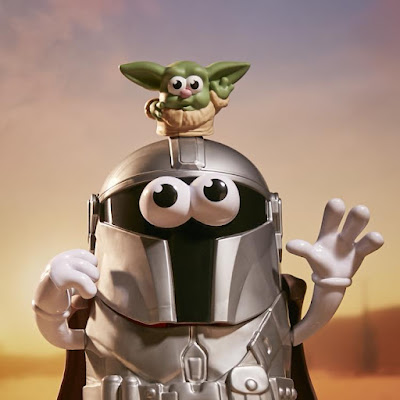 
Meanwhile, an assertion that China is sending drones to the border with India:

According to Indian media reports, dozens of autonomous vehicles capable of transporting both weapons and supplies are being dispatched to Tibet, with the bulk being deployed in border regions where Chinese troops are engaged in a standoff with Indian troops.
The Sharp Claw, which can be handled wirelessly and is armed with a light machinegun, and the Mule-200, which is meant as an unmanned delivery truck but can also be equipped with weaponry, are two examples of vehicles.

According to the sheriff's report, a 17-year-old resident heard something hit her home and went outside to investigate. Outside, she found a DJI Phantom 4 drone with a package attached to it. The drone was still on and beeping, and it's onboard lights were concealed with duct tape.
...
Deputies later inspected the package and found several bags of marijuana and tobacco. Also inside were two cell phones with chargers.

Rapid prototyping makes additive manufacturing (or 3D printing) useful in critical application domains such as aerospace, automotive, and medical. The rapid expansion of these applications should prompt the examination of the underlying security of 3D printed objects. In this paper, we present Mystique, a novel class of stealthy attacks on printed objects that leverage the fourth dimension of emerging 4D printing technology to introduce embedded logic bombs through manufacturing process manipulation. Mystique enables visually benign objects to behave maliciously upon the activation of the logic bomb during operation. It leverages the manufacturing process to embed a physical logic bomb that can be triggered with specific stimuli to change the physical and mechanical properties of the printed objects. These changes in properties can potentially cause catastrophic operational failures when the objects are used in critical applications such as drones, prosthesis, or medical applications.

Cannot believe the rationalists dismissed the Ted Chiang piece that was like “look, capitalism *is* the paper clipping AI! [gestures wildly]” when like, we are currently converting all the video cards into bitcoin farms to track fake art sales, & the *game companies* joined in!!

They cannot sell their games to new users because the users can’t buy hardware to play the games because the video cards are all being used for crypto Ponzi scheme server farms and they are fucking minting branded NFTs to increase the demand for such server farms!

It would be like if lularoe’s leggings were made from brand new tires, and instead of being upset that no one could buy cars anymore, car companies partnered with lularoe to make branded leggings?? So like, you can’t buy a car that works but you can still join the pyramid scheme

The brilliant cover was designed by @nithya_sub who has also done the book's graphics pic.twitter.com/sHZjPC0v6i

The Finnish edition of Hobbit was called “Dragon Mountain” and featured an action cover by Jansson: pic.twitter.com/FdFfncp7uW

We're releasing The Weaver's Observatory in a month (or less!) and are really excited this morning to share this #ttrpg #coverreveal: pic.twitter.com/qwHSbQyT2P

I think the full unlock was $5, but there's a pretty substantial free portion to try.
Labels: reviews, video games

These are sold individually. The terminators have removable helmets: 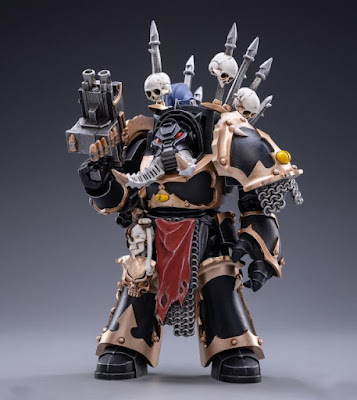 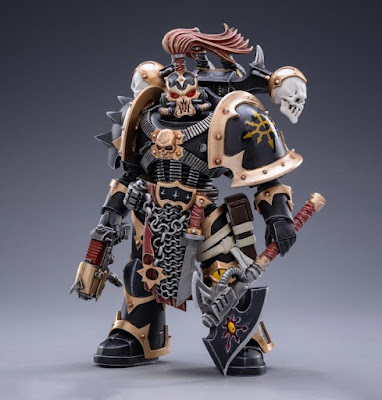 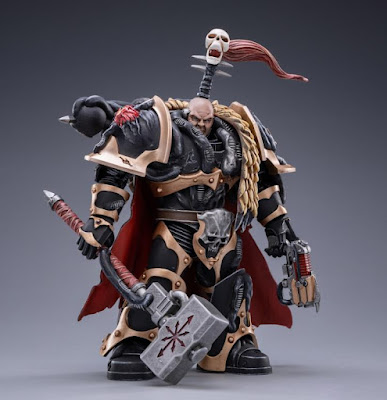 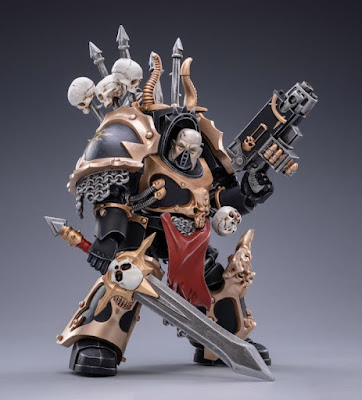 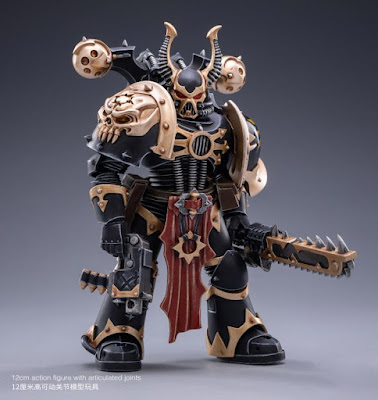 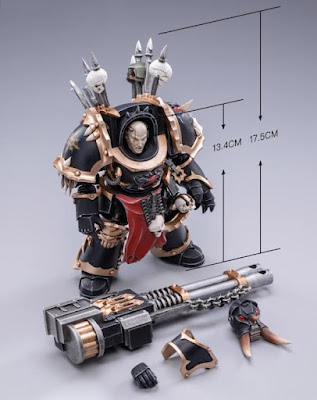 my boyfriend and i met in a new york city publishing office a few years ago, and this christmas, he’s taking me to his hometown to meet the family, where i will for sure find out that, as a brunette who is dedicated to her job, i’m actually the villain of this movie

Cables with a threatening aura

Photos and video of prisoners being displayed in a Chinese town

CDC recommends splitting up your quarantine over your two 15min breaks

There is no testing requirement for NFL players to be released from quarantine after five days, source confirms. So this will all hinge on players honestly reporting their symptoms after testing positive.

Labels: ghost in the shell

Apple A7 chip in resin

Available at Grid (and on sale): 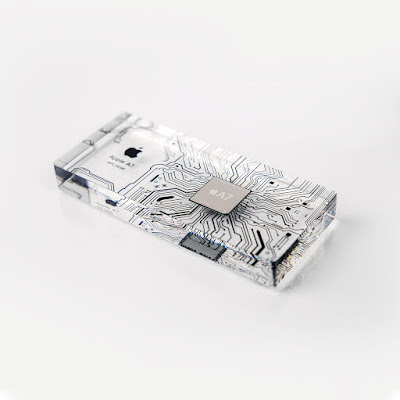 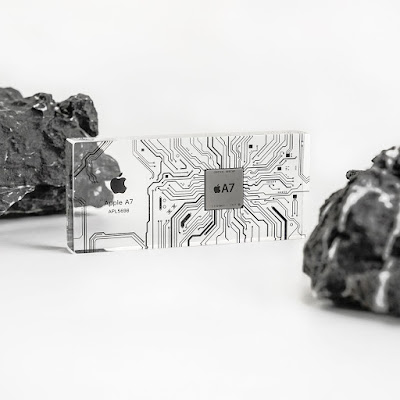 Five pack of Amanda Visell x Kidrobot minifigures is 43% off

(Just sign up for the free newsletter and scroll down.)
Labels: comic books

Here's an article from just last week saying it was returning after being canceled last year.
From 2017:

The annual guest list? Two full rosters of linemen, receivers, running backs, and tackles (the Oklahoma Sooners and Georgia Bulldogs this year; the teams dine on separate nights) plus coaching staff, athletic personnel, Tournament of Roses officials, and a select group of California highway patrolmen (who not only escort the teams from their practice facility to Lawry’s, but also throw on bowties to walk arm in arm with the Tournament of Roses Queen and her princesses to their rib-slicing table).
...
The marching band lets loose outside, signaling to waitresses dressed in old-school brown-and-white dresses and chefs wearing comically tall white toques that their guests have arrived. They rush toward the entrance, clapping with vigor as they line a medium-rare-red carpet leading out toward the street. A police motorcycle escort speeds into view trailed by a lineup of colossal buses; the band begins playing Georgia’s fight song, “Glory,” as every vehicle comes to a stop in the middle of La Cienega. Doors pop open, allowing a stream of players and coaches—all dressed in casual clothes emblazoned with the school’s insignia—to stride triumphantly toward the evening’s meaty dream dinner.

Staff at Lawry’s says that often the Beef Bowl is the first time coaches and players have actually had prime rib, and the number of requests for well-done cuts is far higher than a usual dinner service at the restaurant.

The LAT has a long article about his life:

He worked briefly in the animation department of Walt Disney Studios, where a principal animator drew the first and last frames in a strip and Thiebaud drew the middle frames. He was fired after six months for his pro-union activities.


RIP wayne thiebaud, his renderings of san francisco cityscapes always had such an effect on me pic.twitter.com/PbEMn66O62

It’s on display at SFMOMA and it blew my mind the first time I saw it in person. pic.twitter.com/0e5e3B3c4o

Wayne Thiebaud wrapped up a helluva life today, at 101. And he painted every darn day right up until the end. pic.twitter.com/RNqWJxopBS

The hotel is part of a portfolio — including iconic skyscrapers in Cleveland — that collapsed amid a series of stunning failures and a federal investigation of allegations that the oligarch and others stole hundreds of millions of dollars from Ukraine’s largest bank and then secretly plowed the money into U.S. real estate, including the four-star hotel.

The 58-year-old billionaire and others bought the towers through companies set up in Delaware — one of the nation’s foremost havens for corporate secrecy — through a litany of offshore shell companies in amounts that forced taxpayers in Ukraine to turn over billions to save the bank.

Far from the usual havens for shadowy money, Cleveland has become the center of an international money laundering probe

hockey player so nice they named him thrice pic.twitter.com/NMZR6N8h7U

Friend with a locked account found these unreal cocktail glasses at his parents’ house pic.twitter.com/aDcqkkjB3B

Selfie with the telescope

Gotta take a good look at yourself before you peek into the Universe. Selfie, always. pic.twitter.com/6tEplqmp1T

My brother downloaded the profile pictures of NFT idiots who were piling up in my mentions a while back and turned them into a pillow pic.twitter.com/gtNGq0rzRy

2021 Antarctic Ice Marathon video. If we can operate a marathon in Antarctica we can do it anywhere. Keep the faith. Happy Christmas & New Year. @AntarcticIceMar #antarcticicemarathon #running #athletics #marathon #Antarctica pic.twitter.com/eFF9SSB9m9

The absolut best thing about my family is that every Christmas we do a jigsaw of a picture of all of us doing last year's jigsaw.

It's by far the best Christmas tradition I can think of pic.twitter.com/dCMzw99jpZ

For those of us who celebrate Ed Emberley ........ happy holiday pic.twitter.com/hbCsei0afA

MERRY CHRISTMAS I WANT TO GIVE AWAY MY TURNOVER CHAIN, TELL ME WHY YOU WANT THIS OBSCURE PIECE OF SPORTS MEMORABILIA AND YOU JUST MIGHT GET IT 🎁 #HawaiiBowlLIVE pic.twitter.com/jXsRHeoO5L

Men out in the wild… pic.twitter.com/r4V2zGLSLB

Your mom and dad watching you open your Christmas gifts pic.twitter.com/d8pm8xCdAG

Just so we’re clear, The Grinch never really hated Christmas. He hated people, which is fair.

This week's best Warhammer 40k miniatures and other hobby creations

This has to be one of my favourite episodes of masterclass I've filmed yet and its up now on warhammer+!

I haven't shown any models on here for SUCH A LONG TIME. Probably longer than the remaining lifespan of a Militarum recruit. So here we go, let's fix that. My version of the war droid by @martycarcosa. Massive thanks to Martin for his help and encouragement. pic.twitter.com/yHjzkXKEmz


One of the latest submissions to my #3Dprinting and #miniaturepainting contest on my Patreon was my Gingerbread Dragon! Just in time for the holidays too lol


A naked MiG-17. Now that I can see it, I feel the MiG's Klimov VK-1 engine IS the MiG. #AvGeek #Aviation #Russia pic.twitter.com/OCnuu98Lb4


We could watch Henry Cavill and Joey Batey geek out about painting Warhammer figures all day. #TheWitcher pic.twitter.com/2lgLbbaSlh