Bevets (backward form of Steve B.) is the user name of a member of Fark.com. He is most well know for his involvment in religious flamewars on Fark, where he gives irrational arguments to defend Christianity. He is so popular that other Fark users have created photoshopped images (including one in the style of a magic card) that say "summon bevets" and are posted at the beginning of a religious flamewar to entice bevets to join in. 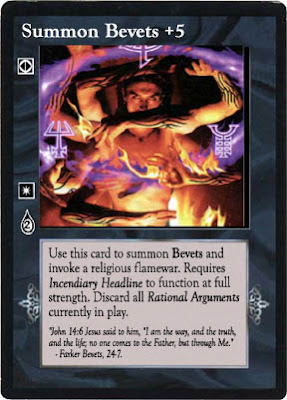 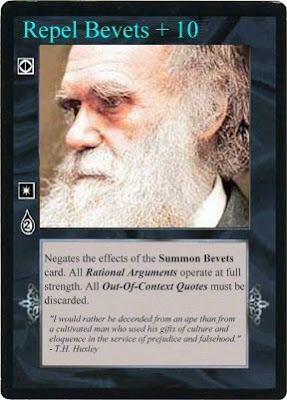