Guy Davis's original concept for a lion on Steven Universe


The first idea I kicked around with Rebecca was that Lion would be an unsettling, silent caricature of a lion, like an old medieval heraldry image. His face frozen into an uncertain grin except for his eyes which would follow Steven around while he creeped out the other Crystal Gems. 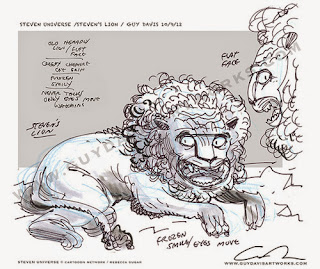 The lion as it appeared in the episode: 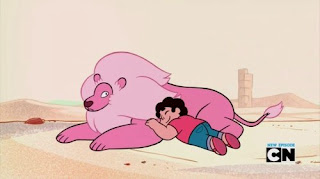