The Escalante set that the crew nicknamed “Dante’s Inferno” because of everything that goes on there, story-wise, holds a special memory for Crabtree as the sight of her fitting with Anthony Hopkins for his part of the finale. “We had to be on location really early,” Crabtree remembers. “I got a really nice room for him for his fitting so it was more special than throwing things at him in his trailer. I laid it all out. It was a very old fashioned fitting.

“I would see him every day and we would have these epic, beautiful artistic conversations. But that day his room wasn’t ready, and I was so nervous because I was going to have to be with Anthony for a few hours. It’s so dumb because I spent the year with him already, but I was so ‘how will I keep up the conversation?’ It was one of the most beautiful, singular moments in my whole life that we just sat and had cheese and tea and we talked about his life. And he probably knew that I was so fucking scared and nervous. It was really lovely, and there is never time for that when you are on set. It was an amazing fitting, and a more amazing conversation and then it led to this beautiful scene.”

This dress for Hale feels like if Kevin Wada did a fashion commission of Phoenix: 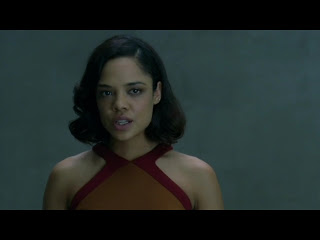 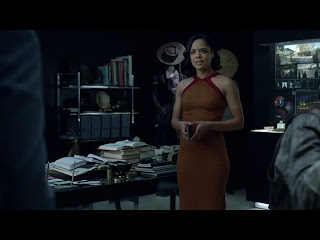