The villain in Iron Man 3 was going to be a woman, but they were afraid no one would buy the toy...

From an interview with Shane Black, with a lot of commentary on the Iron Man 3 villains:


Why? Rebecca Hall’s character does have an abrupt ending.

All I’ll say is this, on the record: There was an early draft of Iron Man 3 where we had an inkling of a problem. Which is that we had a female character who was the villain in the draft. We had finished the script and we were given a no-holds-barred memo saying that cannot stand and we’ve changed our minds because, after consulting, we’ve decided that toy won’t sell as well if it’s a female.

So, we had to change the entire script because of toy making. Now, that’s not Feige. That’s Marvel corporate, but now you don’t have that problem anymore.

Which makes no sense, because I don't believe they ever made Killian action figures, just minifigs like this (and the deluxe Ben Kingsley doll): 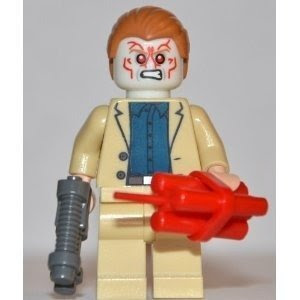