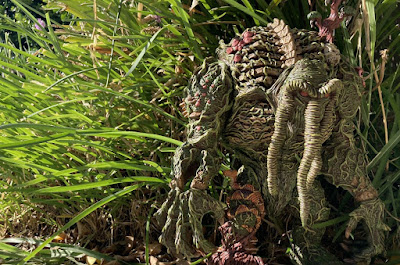 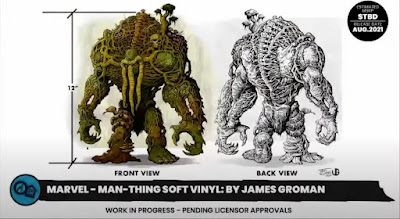 The completed creature is true to that design. Twelve inches tall, and broad, but weighing only three and a third pounds: 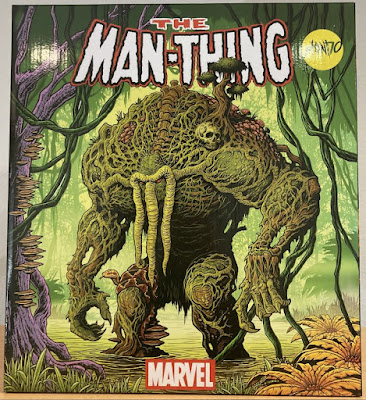 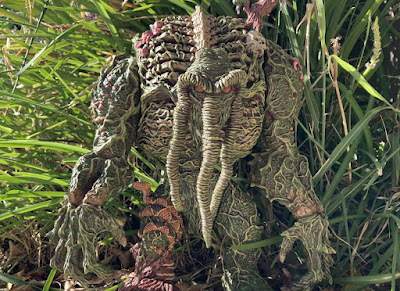 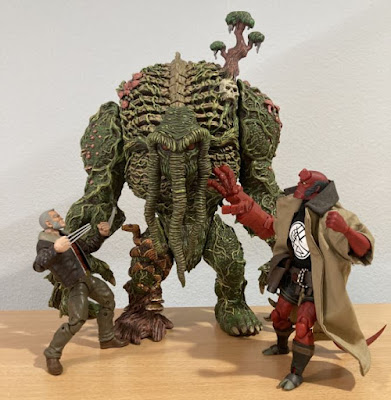 Made of soft vinyl, with slightly pliable face tendrils, it's described as having three points of articulation. I assume that means the arms rotate at the shoulders and the head at the neck, but most of the joints on mine feel stiff enough that I'll wait to see someone bolder successfully demonstrate the articulation: 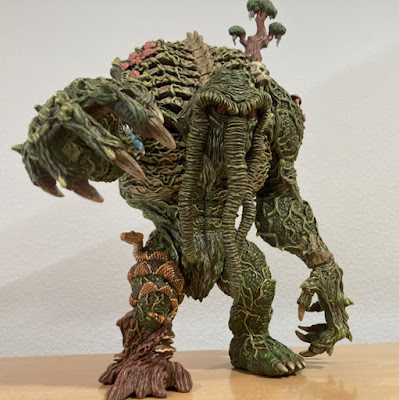 It has little details in the nooks and crannies based on Man-Thing's origin (remember when people thought Iron Man 3 hinted at Man-Thing?). The paint is mostly terrific, particularly excellent on the snake, less careful on the skull, particularly considering how prominent it is: 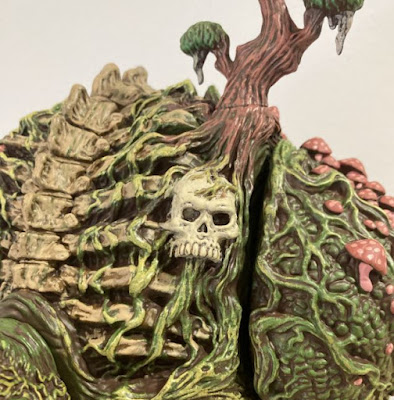 Bottom line, it'll make an impressive centerpiece for any vinyl, horror, kaiju, Marvel, whatever, collection. The first colorways have sold out quickly, so jump on the next colorways: 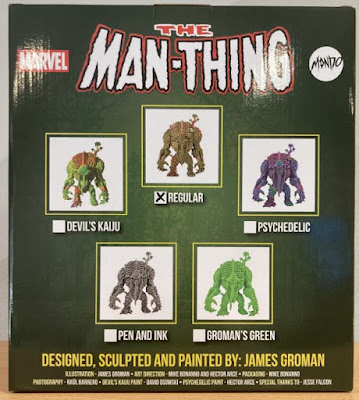 Finally, if you missed it, Mondo revealed some of their upcoming toys, including SpaceGodzilla and Battle Cat: