There was almost a The Cabin in the Woods video game

From an ask me anything session with The Cabin in the Woods director Drew Goddard (I don't think he was joking):


We actually were going to do a downloadable L4D2 expansion pack, where you'd fight in the Cabin world, but then MGM went bankrupt so the delay squashed it. But the people at Valve were still cool enough to let us use some of their monsters to fill the cubes in the background (I had a lot of cubes to fill.)

By the way -- the game was gonna be amazing. You were gonna be able to play in both the upstairs "Cabin in the Woods" world and the downstairs "facility" world with all the monsters. Believe me, I HATE all video games based on movies, they always suck, but porting Cabin into Left For Dead felt like the right fit. It pains me that it didn't happen.

Also, he names The Suffocators as the most disturbing monsters in the movie: 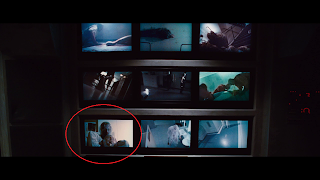 He answered questions at io9 earlier this week.

(The Cabin in the Woods is a $4 rental at Amazon and whaddya know, there's also a novelization.)
Newer Post Older Post Home