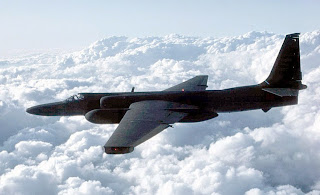 NBC reports that on Wednesday a U-2 spyplane (known as a Dragon Lady) passed through the airspace monitored by the L.A. Air Route Traffic Control Center in Palmdale, California, which is tasked with monitoring flightplans and preventing midair collisions. The system was confused by the plane, which was actually flying miles higher than commercial aircraft:


At LAX, one of the nation’s busiest airports, there were 27 cancellations of arriving flights, as well as 212 delays and 27 diversions to other airports. Twenty-three departing flights were cancelled, while 216 were delayed. There were also delays at the airports in Burbank, Long Beach, Ontario and Orange County and at other airports across the Southwestern U.S.