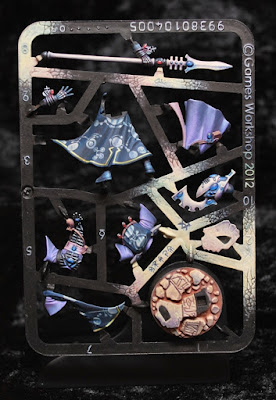 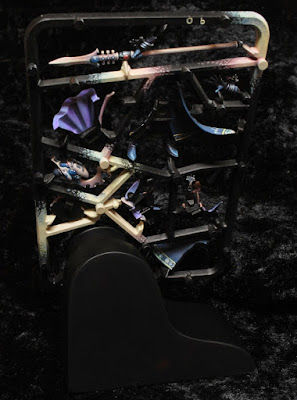 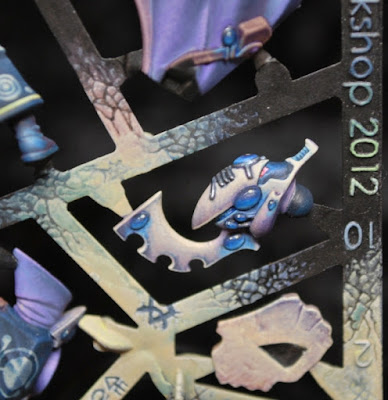 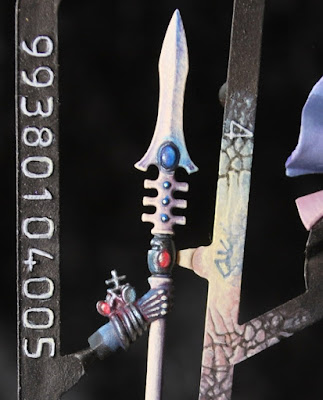 This was my entry for the Eavy Metal Paint Masters Category. Everyone had to paint the same figure and no conversion was allowed. I really liked the idea of this category and thought 'd like to support it, but it wasn't until March when chatting with Mark Taylor that I had the idea of taking "unconverted" literally ...
So I bought the figure and then had it sitting around for a couple of months while progressing with other projects. Other projects that included a lot of blues and pinks, I just sort of carried a variation of the colour scheme over.
Originally, I was going to mount it to a clear acrylic stand, but on checking the rules stated that "the model must be based on the base supplied" so I built a handling plinth that connects to the base from behand.
I would also like to put in a good word for the Golden Demon team for being such great people and seeing the funny side of this, letting it stay in the category. Means a lot. Thanks.
Oh, have to say I did get the impression it really wasn't designed to be painted on the sprue, it really did get in the way on occaision. And yes, the mold lines are still there :)