"A chief has her anchors pinned by her wife" 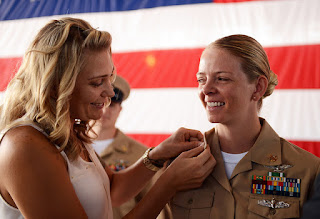