The sporting goods fight scene from Universal Solider: Day of Reckoning (which is on Netflix)


Universal Soldier: Day of Reckoning received generally mixed reviews from critics and viewers. Some of the main points of contention were that the film deviated greatly from the general idea of a Universal Soldier movie, and that Jean-Claude Van Damme and Dolph Lundgren (considered the stars of the franchise) had very little screen time. The level of violence was also considered excessive.

Also, this is how JCVD looks in the movie: 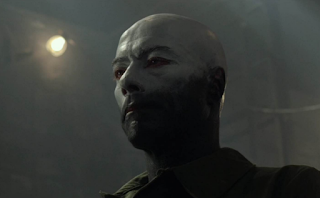