"A joke amongst a diverse group of friends became an accidental cultural moment for 20K people, an examination of exclusivity culture, and raised $110K for these racial justice philanthropies"

honestly insane the level of attention this is getting pic.twitter.com/jwpYnrGnlc
— tanner 🧢 (@that) June 26, 2020


Ever feel like you're looking in on an inside joke that everyone online understands besides you? Welcome to itiswhatitis.fm.

On Thursday night, the tech industry was introduced via Twitter, en masse, to this emoji combination: 👁👄👁. Word spread about a mysterious app called "It Is What It Is," as Silicon Valley clamored to figure out what the hype was all about and how the elite could secure their own access to the invite-only platform.

Many have struggled figure out what was really going on and whether this is a real app — or something else — or merely an elaborate satire of tech marketing. The website doesn't help explain any further: The only clickable thing on it is a box directing you to "give us ur info," where you can enter your email to, presumably, get on the app's waitlist.


It also may just be an enormous inside joke by “Design Twitter” to expose how thirsty we all are for something new.

If there’s no actual app, and instead merely a call to further spread the intrigue, it just proves the marketing savvy of the team behind it and gullibility of everyone else. Hell, with all the email addresses it’s collecting, this could become a startup if it isn’t one.

at 9pm, they revealed the true story. A joke amongst a diverse group of friends became an accidental cultural moment for 20K people, an examination of exclusivity culture, and raised $110K for these racial justice philanthropies.


They have stickers and tees: 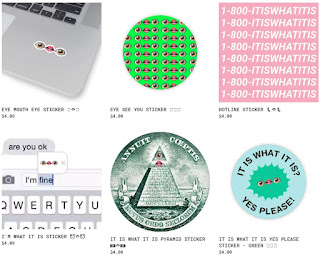