"Supreme Blue Rose is a lot of things: it’s a William Gibson novel told as a Superman comic, the sequel to Planetary" 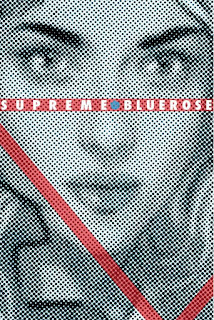 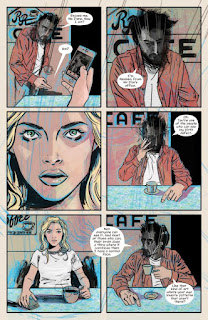 
Morrison’s Batman Incorporated epic was bifurcated by Flashpoint to such a comical degree that when Cameron Stewart was drawing the Leviathan Strikes one shot bridging the two volumes, he had to go back and redraw Stephanie Brown alternatively as Batgirl and Spoiler while editorial went back and forth on whether it took place before or after Flashpoint, which wiped out her time as Batgirl. So if there’s a single, identifiable point at which time died screaming at DC comics, it was when Stewart was hunched over his artboard contemplating Schrodinger’s Stephanie Brown.

Because the starting point for Supreme Blue Rose is mapping Moore’s work on Supreme onto William Gibson’s loose Blue Ant Trilogy (Spook Country, Pattern Recognition, and Zero History), it takes a far more specific frame of reference to unpick exactly who and what the comic’s protagonist is, who she’s looking for, and what she’s going to find out along the way.

The most shocking revelation at the core of Supreme Blue Rose is that Warren Ellis and Tula Lotay made the greatest Lois Lane comic in recent memory without ever acknowledging that it was, in fact, a Lois Lane comic.

In 2010, a lot of what Sterling was saying came off as outlandish and obscure outside of design circles, but as he alluded to at the time, if you didn’t get it, you’d be forced to. Now that we’ve found ourselves fully immersed in a status quo where emptied out department stores are being used as concentration camps to house asylum seekers crossing the southern US border and California Senator Dianne Feinstein is captured on video dismissing children for urging action on climate change we all get it because, like he said, we were forced to get it.

Multi temporal aesthetics, like anything, have probably been around for a long time in some form, but an easy early contemporary example is Quentin Tarantino’s Deathproof: everyone drives vintage cars, wear vintage clothing, and otherwise style themselves according to a platonically ideal 1970s that only exists in Tarantino’s head, but none of the aspects of the era it was shot in are scrubbed out, creating wild contradictions: people still carry cellphones but listen to the radio. What was an idiosyncratic quirk at the time is now the dominant aesthetic.

Roberto Aguirre-Sacasa’s TV interpretations of Archie Comics, Riverdale and The Chilling Adventures of Sabrina The Teenage Witch are the most perfect, jarring examples.

So what if we tweak things? What if Fredric Wertham was too occupied pursuing racial justice to write Seduction of the Innocent and the comics industry never came under enough pressure to adopt the CCA? What if the thriving Black-owned comics publishers were never driven out of business and EC didn’t get crushed for depicting a Black astronaut as the last surviving human?